Like all parents, when Sarah and Bill Thistlethwaite of Orville, Ohio, went to the hospital to deliver their twin daughters, they were terrified that something might go wrong. It’s normal to be trepidatious, but Sarah and Bill had even more reason than usual to be worried.

Sarah was just 19 weeks into her pregnancy when tests revealed that her twins were monoamniotic. The rarest form of twin pregnancies, monoamniotic, or mono-mono, means that the twins share the same placenta, and sadly the risks of mono-mono pregnancies are greater than the chance for survival. About half of all mono-mono twins die before being born. Sarah spent 57 days on bedrest and arranged to deliver the girls at just 33 weeks via caesarean section. Sarah, Bill, and their family were all prepared for the babies to have health problems, yet they had faith that everything would work out.

During delivery, Sarah and Bill felt instant relief when they heard the wonderful sound of their babies’ first cries! But then the delivering doctor gasped audibly and silence filled the operating room. 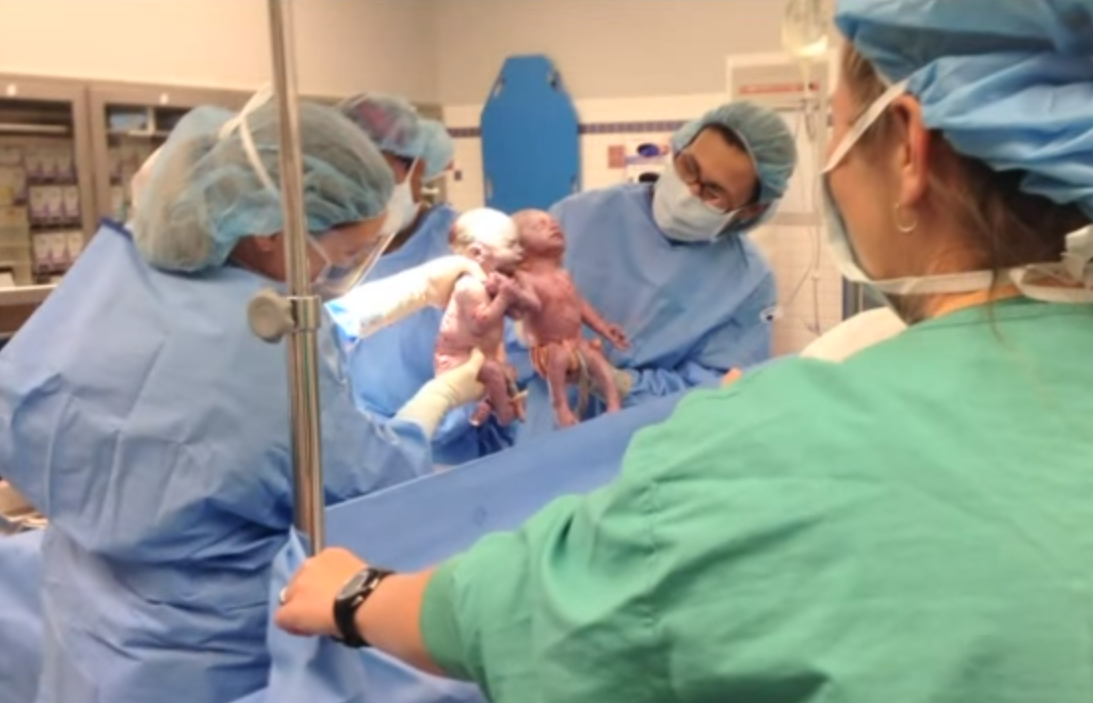 As the doctor lifted the tiny infants out of her womb together, Sarah suddenly understood why their birth was so surprising, and it had nothing to do with the high-risk pregnancy they’d just endured. The babies were born attached — clutching each other’s tiny hands in an adorable show of unity as they entered the world together. 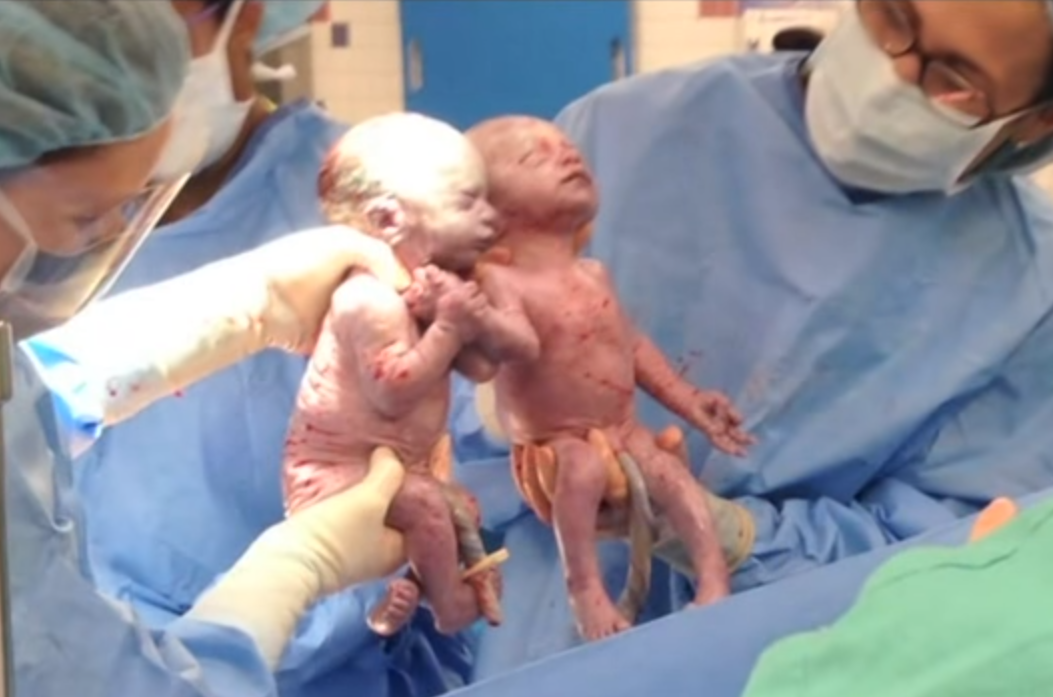 “My heart just melted,” Sarah said. “Even my husband got tears in his eyes — I don’t know that anybody in the room had a dry eye.” The image quickly went viral and gained the family international attention.

Twins Jenna and Jillian are now precocious toddlers who remain the best of friends. Although they have very different personalities, they remain “two peas in a pod,” according to their mom. In fact, dad admits that they’re so identical that he sometimes has trouble telling them apart and even puts them to bed in the wrong crib from time to time! 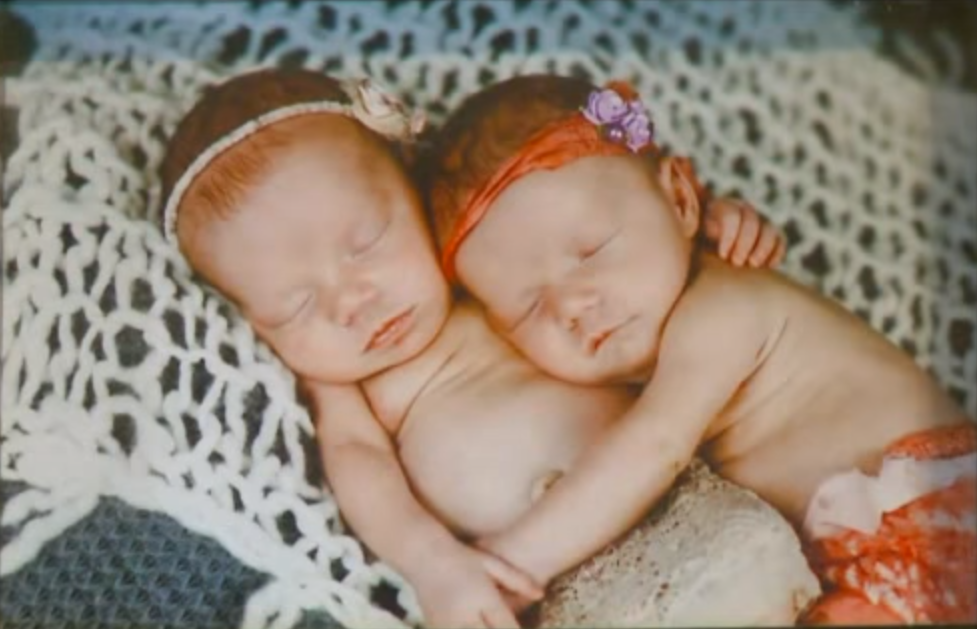 One thing that has not changed since birth is the bond that the twins share. While they are no longer holding hands, Bill doesn’t hesitate to say, “They both already have me wrapped around their fingers.”